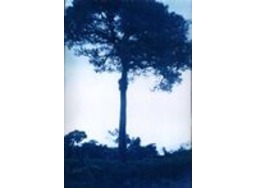 Brazil nuts are one of the most appealing nuts that we know. The Brazil nut tree grows to approximately 65 metres in height and has been known to exceed 2.5 metres wide. The tree is known as the "Royal Tree" and grows in it's natural Amazon rainforest jungle

The tree produces fruits of approx 45 Kilos, the fruit is in fact a pod, inside the pod is the seed they are the Brazilnuts, they are similar to Orange segments inside the pod, the pod could be mistaken for a coconut it looks very similar. The collectors pick up these pods after they have fallen to the Rain forest floor & cut them with a machete & pour out these seeds normally 10 to 12 seeds "Brazilnuts in their shells" The pods fall from great heights during the rainy season (November to March). When they fall they fall like cannon balls and there have been many natives killed by these falling pods

The Brazil Nuts In Shell are sold to merchants to be dried, these can sometimes be sent some 1,100 miles down river from the upper Amazon to Belem, then sold as Brazils in Shell or cracked by hand to produce kernels. These days Brazils in shell account for small portion of the crop, the remainder of the crop are cracked & sold as Kernels. Due to EU regs & poor testing methods, including the shell with the sound kernels to test if they are Edible for Human Consumption, of course not we do not eat wood, Brazils in Shell will cease to exist in EU due to these crazy & wrong methods of testing, nobody eats the shell & therefore this should not be included, we do not eat the glass if we were to break a glass bottle of milk or indeed, the glass from a jar of jam. The reduction of consumption in Brazils will have a severe impact on the Amazon Rain Forest as more Brazilnut tress are cut down, the Amazon is a major source of the world oxygen !!. 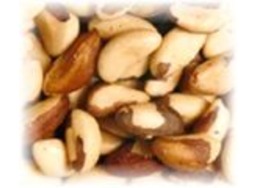 Brazils are very very high in oil, in fact many years ago the natives used these as lights & make up from the burnt nut.The oil is often used in shampoos, soaps, hair conditioners, and skin care products.

The sweet nuts are an important source of protein and calories for tribal, rural, and even urban Brazilians. Amazonians also use the empty pods as containers and brew the bark to treat liver ailments.

The Brazil nut tree belongs to the plant family Lecythidaceae, as do other tropical trees valued for their fruit and nuts 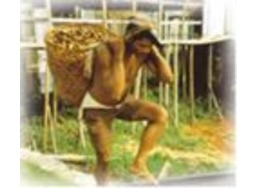 Brazil has traditionally been the original main supplier of Brazil Nuts and still remains the main exporter of quality Brazil Nuts in shell.

However, these days Bolivia has taken a very active place in the Brazil kernel industry, producing a large part of the kernels traded around the world. Prices from this origin have been very competitive and Bolivia has now become a very dominant producer.

Peru remains a small scale producer and has little influence on this industry.

Brazil Nut Varieties: (counts are based on nuts per lb)